After spending a few of his teenage years in a technical school, Joan Miró (Spanish, April 20, 1893–December 25, 1983) began in earnest his artistic career. He trained at Francesc Galí’s Escola d’Art in Barcelona from 1912 to 1915, after which he had his first solo show in Barcelona at the gallery of José Dalmau in 1918. Starting in 1920, Miró divided his time between Montroig, Spain, and Paris, where he commingled with poets such as Max Jacob, and took part in Dada activities. Dalmau organized a solo show for Miró in Paris at the Galerie la Licorne in 1921, and in 1924, Miró joined the Surrealist group. The consistently Abstract nature of his works, such as The Birth of the World (1925) lended well to the dream-like ambiance of Surrealism.

After a trip to the Netherlands in 1928, Miró created the series Dutch Interiors, in which amorphous forms entered into his work. On October 12th, 1929, he married Pilar Juncosa in Palma de Mallorca, and then moved to Paris. During this period, he rebelled against painting, and produced wood reliefs, assemblages, and collages. Although he was living in France, the influence of the Spanish Civil War can be observed in the intense color and strong imagery of Still-life with an Old Shoe (1937). Experimentation continued in Miró”s work until his death in 1983. His wide body of work included ceramics, various prints, drawing, and sculpture. Major projects include the 1958 ceramic murals The Sun and The Moon for the UNESCO building in Paris. He collaborated with Josep Llorens Artigas (Spanish, 1892–1980), and was awarded the Guggenheim Foundation’s Grand Prize. This collaboration can been seen in the artwork called Miró Artigas. Numerous retrospectives of his works have taken place during his lifetime and after. 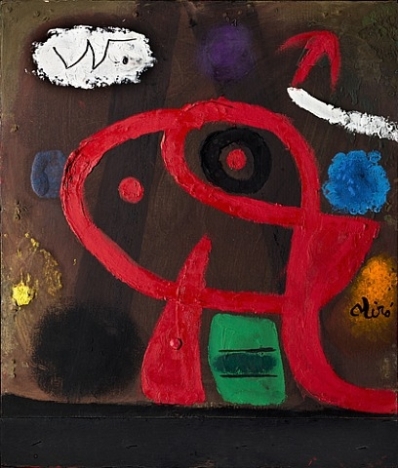 An icon of Australian art has passed away, known for his Surrealist imagery, Jeffrey Smart spent a majority of his adult life living and working in Italy. Always referred to as an expatriate, however, I will always see him as an Australian artist. When I was younger I used to marvel at his elaborate compositions, technical drawing and painting, his attention to detail and his intriguing  use of symbols. He is one of the last of the modern generation. I could go on to talk about his career as an artist, but what I would say can be found should you Google his name. So I will just leave you with some examples of his work, for I feel that they speaker louder than any words of mine ever could.